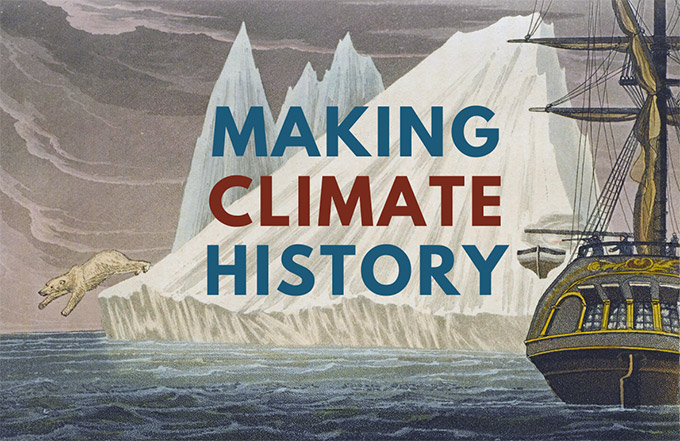 Naturalists at the time observed rising ocean temperatures, sinking glaciers, and a disintegrating coastal ice shelf. Politicians, in turn, acted quickly on this information to reinvigorate Arctic exploration and the hunt for a Northwest Passage from the Atlantic to the Pacific Oceans. Since then, modern scientists determined these were just fleeting phenomena, very different from the human-caused climate change we are witnessing today.

In this lecture, Anya Zilberstein will discuss the relationships between past and present climate science. Newer, more precise science is vital. But, she will argue, it cannot help us interpret the politics of climate science in the past or understand the significance of climate history for the highly charged debates of the present. By recognizing that the uses and misuses of climate science are hardly new, historians can help work against the presumption that the political problems of climate change are completely unique to our own time.

Anya Zilberstein is Associate Professor of History at Concordia University in Montreal. Her book, A Temperate Empire: Making Climate Change in Early America (Oxford University Press, 2016), won the Berkshire Conference Book Prize and she is co-editor of the new Routledge book series New/Old Natures: Histories of the Environment. Her research and publications encompass the history of environmental sciences and empire, the early British Atlantic world, environmental history, climate history, food history, and the history of race, migration, and slavery. She is currently working on the history of animal migration (focused on theories of long distance bird migration) and on a second book, Fodder for Empire: Feeding People Like Other Animals Since the Eighteenth Century, which explores early forms of nutritional expertise and prescription diets for feeding people and domesticated animals alike.
+ Google Calendar+ iCal Export