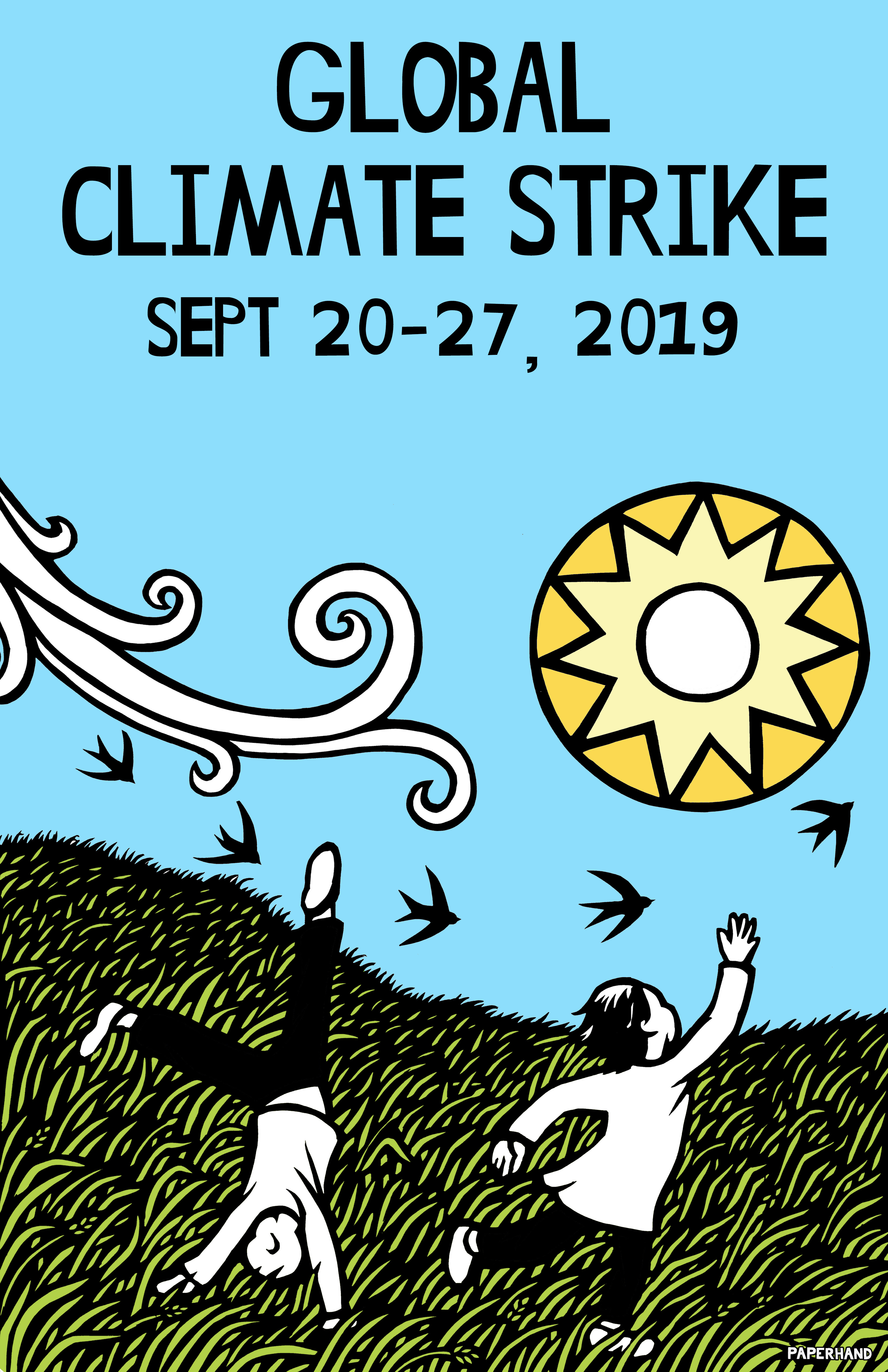 Earlier this year, Greta Thunberg and 46 other youth activists issued a call to everyone around the globe to join them in a massive climate strike on September 20th. The Climate Strike will kick-off a week of mass, escalated actions between Sept 20-28.

School strikers are calling on everyone ― young people, parents, workers, and all concerned people ― to join a massive climate strike on September 20th to demand an end to the age of fossil fuels.

Our house is on fire — let’s act like it. We demand climate justice for everyone.

This week is our chance to show the politicians and fossil fuel billionaires that the real power lies with the people. This week is your chance to join the climate justice movement, and put a stop to business as usual.

In every state and every city people are stepping out their normal routines for a day or a week by taking action locally, whether that means sitting in at city halls, shutting down fossil fuel infrastructure, or marching to the governor’s office. It’s going to take all of us to change everything and there’s no better time to join us.

The week kicks off with the massive Sept 20th Global Climate Strike, followed by a week of actions, trainings, events, orientations, art builds, and more.