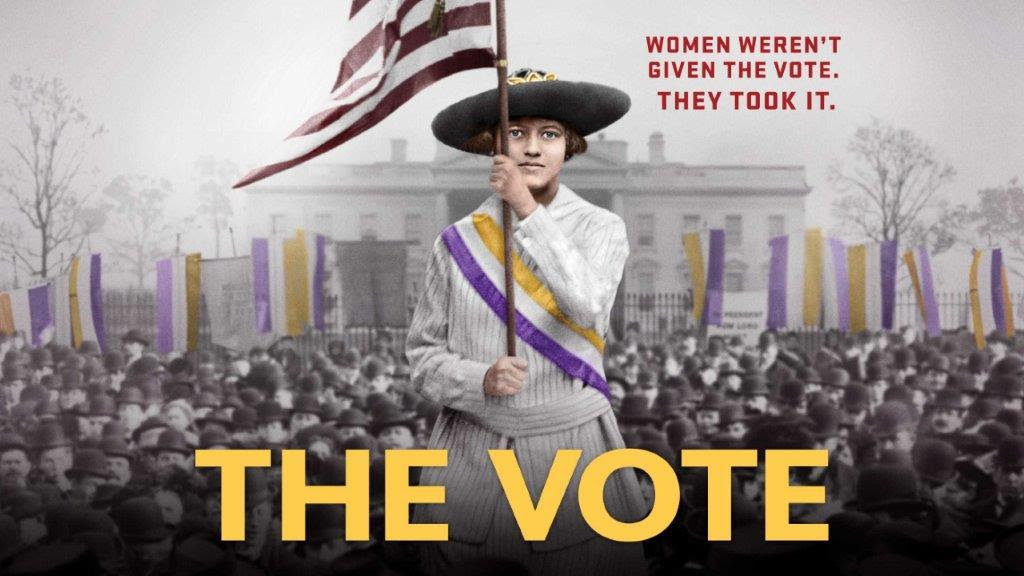 WASHINGTON, D.C. (July 2, 2020) — The ratification of the Nineteenth Amendment in August of 1920 was the culmination of a lengthy and hard-won struggle fought by legions of American women who organized, campaigned, marched, and engaged in civil disobedience to achieve the goal of women’s suffrage.

Premiering on PBS American Experience on July 6, The Vote, a two-part documentary funded by a $350,000 grant to City Lore from the National Endowment for the Humanities (NEH), tells the story of the final decade of the transformative cultural and political movement that resulted in the largest expansion of voting rights in U.S. history. Directed and produced by Michelle Ferrari, the film examines the major turning points within the women’s suffrage movement between 1909 to 1920, the debates among its leaders about the best tactics for effecting social and political change, the unsung leaders of the movement, and the controversies over gender roles and race that divided the nation.

The Vote is one of several NEH-supported projects focused on women’s history and 100 years of women’s suffrage.

On July 10, PBS American Masters will also premiere the documentary Unladylike2020, on female trailblazers in politics and civil rights. Directed and produced by Charlotte Mangin, this special one-hour broadcast is part of an NEH-funded multimedia series that illuminates the inspiring stories of little-known American heroines. Unladylike2020 spotlights 26 American changemakers through 26 short online documentaries and includes biographies of women such as Bessie Coleman, the first African American to earn an international pilot’s license; Susan La Flesche Picotte, the first Native American physician who also founded a hospital on the Omaha Reservation; Jeanette Rankin, the first woman elected to the U.S. Congress; and Gertrude Ederle, the first woman to swim across the English Channel.